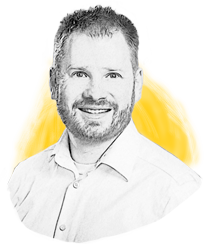 Robert Reames is the Director of Technical Operations at Aldevron. He joined the organization in 2007 as Production Scientist for recombinant protein purification. Since then, he has served various roles in the company, which include R&D, Production Management, and Associate Director for GMP Manufacturing. Robert graduated from Minnesota State University Moorhead in 2007 with a BS in biochemistry and biotechnology.

The Pivotal Role of Plasmid DNA