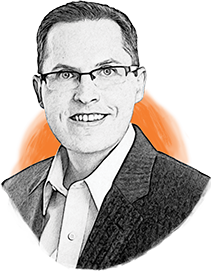 John Gabrielson is Vice President of Analytical Sciences at KBI Biopharma where he oversees the Louisville, Colorado site. Prior to joining KBI, John co-founded Elion Labs in 2015, where he served as President and CEO and was accountable for defining Elion’s strategic direction and implementing its business plan. Prior to Elion, John led an analytical organization at Amgen focused on developing and implementing analytical methods for structural characterization and comparability testing of biologics from late-stage clinical development through commercialization and post-approval. John received his Ph.D. in Chemical Engineering from the University of Colorado.