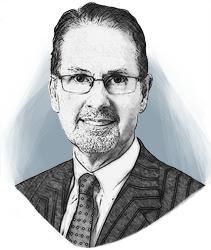 James E. Gregory has served as the President and Chief Operating Officer of UPM from 2004 until the present. Gregory previously worked for King Pharmaceuticals from 1995 to 2000 as Executive Vice President and General Manager of King’s Bristol, Tennessee manufacturing facility. He served in various consulting capacities at King from 2000 to 2003 and served on the Board of Directors in 2002 and 2003. Gregory served from 1982 to 1995 as a senior administrator in the court systems of Phoenix, Arizona and Washington, D.C. He was deputy executive officer in charge of business operations of the District of Columbia Court System from 1990 to 1995. Gregory has a B. A. from the University of Maryland and a Masters in Public Administration from American University.

UPM Pharmaceuticals on the Road to BIO: Anticipating What’s Around The Bend