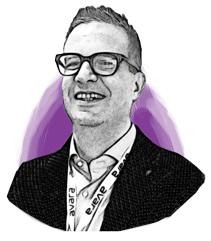 Andrea began his career with Pfizer in 1997 as a Business Control Analyst. In September 2015, he became Site Integration Leader for Liscate as part of the Hospira acquisition. In June 2016, Andrea returned to the Ascoli site as Director, Technology Services/OpEx/Business Development. In January 2017, he became the Site Leader for Liscate and worked on transitioning the company; he joined Avara in January 2018. Andrea has a degree in Business Economics and an M.B.A.